Learn More About Bury Your Past of OKC & Tulsa 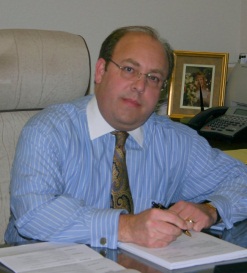 Devoted to Defending You

More than anything, Mr. Wyatt’s practice is 100% devoted to defending those charged with crimes. Additionally, the Wyatt legal team is dedicated to presenting the appeals of those who have been convicted. In over 28 years, he has lost only one expungement case.

Bob Wyatt, Bury Your Past – OKC

Since 1989, Mr. Bob Wyatt has practiced law in Oklahoma. Specifically, his focus is criminal defense. During his entire career, including two years as a legal intern with the OSBI, Bob has provided expungement services to clients throughout Oklahoma.

In the summer of 2012, Mr. Wyatt was asked by the OCDLA to make a comprehensive presentation on expungements to Oklahoma’s criminal defense lawyers. And so, he produced a 64-page paper titled, EXPUNGEMENTS UNABRIDGED. In the article, he discussed all types of expungements permitted under Oklahoma law. Specifically, the article detailed changes to Oklahoma’s expungement laws implemented November 1, 2012. Since then, changes in the law in 2014 and again in 2016 prompted Mr. Wyatt to update the document. As a result, Bob and his team remain up-to-date and aware of Oklahoma’s changing expungement and pardon laws.

Most noteworthy, Mr. Wyatt is listed in the Best Lawyers in America, Oklahoma Super Lawyers® and U.S. News Best Law Firms®. In addition, he is AV® Preeminent™ Peer Review Rated by Martindale-Hubbell® for his ethical standards and skill as a lawyer. Currently, Mr. Wyatt practices in the State of Oklahoma and in the Supreme Court of the United States. Also, he practices in the United States Courts of Appeals, for the Eighth and Tenth Circuits; and the United States District Courts. In addition, Mr. Wyatt presents arguments before the Eastern, Northern and Western Districts of Oklahoma, as well as the Eastern and Northern Districts of Texas.

While practicing criminal law, Mr. Wyatt has appeared as counsel in 54 of Oklahoma’s 77 counties. Moreover, he has worked federal cases in Colorado, Iowa, Texas and Virginia. Additionally, Bob Wyatt is a lifetime member of the National Association of Criminal Defense Lawyers (NADCL). He is also the First Vice President of the Oklahoma Criminal Defense Lawyers Association (OCDLA).

Above all else, Bob wants to be your Oklahoma expungement lawyer.

Since 1989, Bob has dedicated his practice serving and protecting his clients’ rights. 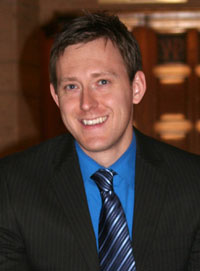 Clint James is well-known as northeast Oklahoma’s most sought-after expungement attorney. More than anything, Mr. James wants to help bury your past.

Clint James, Bury Your Past – Tulsa

Clint James is the sole partner and operator of Clint James Law. Initially, he started his legal career in Tulsa with a criminal defense and civil rights law firm and later became a partner in a full service law firm in Tulsa.

While in law school at Tulsa University, he worked as a legal intern/law clerk for a number of prominent lawyers including: Tom Seymour of Tulsa,  Stephen Jones of Jones, Otjen & Davis in Enid, The Zurawik Firm in Tulsa and Bob Wyatt who practices out of Oklahoma City. In addition, he worked as a runner and staffer while in high school and college for the Law Office Szlichta & Ramsey in Stillwater and Norman, as well as Edem, McNaughton & Wallace  of Enid.

Since being admitted to the Bar, Clint has continued to work with those same lawyers on a case-by-case basis. Further, he has worked with other preeminent lawyers such as Shannon McMurray, Louis Bullock, Patricia Bullock, and Charles Watts in the federal and state courts.

In 2012, Mr. James graduated from the University of Tulsa College of Law. After that, in 2015 and again in 2017, he was honored to be selected as a Rising Star in the Oklahoma Super Lawyers publication in the areas of criminal defense and civil rights. Currently, he is admitted to practice in all courts in Oklahoma including the three federal district courts. Most important to Clint, as a member of the Criminal Justice Act Panel in the Northern District of Oklahoma, he represents indigent defendants in federal court.

Above all, Clint wants to be your Tulsa expungement lawyer. Let Clint James Bury Your Past.

• Oklahoma
• All Federal Courts in Oklahoma

Bob Wyatt and Clint James have over thirty years of expunging Oklahoma misdemeanors and felonies. Let us Bury Your Past!